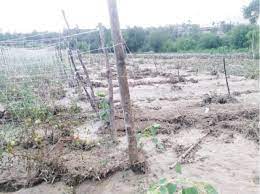 Locals and officials said on Sunday that the calamity also killed several cattle and damaged a number of vehicles in Bajaur. They said rain and hailstorm were reported in Khar, Salarzai, Nawagai, Chamarkand and Mamond tehsils, but the worst-hit were the mountainous areas.

Farmers told reporters that the wheat crop, vegetables, and fruit orchards were mostly damaged by hailstones, which were very large in size, lasting for about one hour.

Extensive damage to the wheat crop has disappointed the growers, who were expecting a good yield this year.

Taking to this correspondent on Sunday, the growers said the hailstorm also caused the death of several cattle in the Salarzai area as they were grazing in the fields when the hailstones stuck.

The district administration and local agriculture department officials said the calamity had badly damaged wheat crops, vegetables, and orchards on a vast area across the district.

The agriculture department officials said hailstorm reported for the second time in the current month could decrease wheat crop yield by up to 5percent  in the region.

They asked the provincial government to declare Bajaur calamity-hit and extend financial assistance to the affected people. 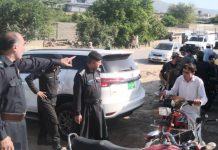 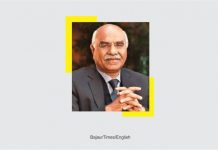 How to drive growth through customer support

UK to allow driverless cars on public roads in January

We Found the Sexiest Lingerie on the Internet

Allied leaseholders protest against restoration of Mine and Mineral Blocks in Chitral.

Construction of Shandor and Upper Chitral road started after 40 years...

Scalable code without bloat: DCI, Use Cases, and You